Dino Crisis 2 is a novella written by Benny Matsuyama. It was a novelization of the 2000 game, published in the DINO CRISIS 2 Official Guide Book. The story was written in two chapters - "PROLOGUE" and "EPILOGUE".

Note that the following is only a synopsis and not a word-for-word translation.

At the turn of the 21st century, fossil fuels have been drained to such an extent that Nuclear Power - "Second Energy" - has become a necessity. Due to the hazardous nature of its accidents, research begins on a hypothetical third generation of reactor which releases no hazardous waste products - this is dubbed "Third Energy". It is looked upon with awe by many people, who see it as a Godsend and a chance to enter a new age of humanity. Benny describes Third Energy as being more like a gift from the devil than God.

The fatal flaw with Third Energy is its delicate nature, with runaway reactions being likely if improperly stabilized. In runaway reactions, the ionization and atmospheric alteration can distort time-space, allowing animals from as long ago as the Cretaceous to appear in present day.

Despite the disaster a year prior, a country's government continues research into Third Energy, attempting to master it as both a clean energy resource and as a new weapon. To speed up the development, the planned community Edward City is erected nearby so personnel will remain close by. In their attempts to speed up the development, another runaway takes place. This runaway far exceeds the previous incident, and the entire region disappears, replaced with a dinosaur-populated jungle.

Back in the present, the government plans a rescue mission to recover the Third Energy Data and the 1300 staff and civilians stranded there. With data leftover from the accident, they are able to develop the "Space-Time Transfer System" (dubbed "Timegate"), a targeted Third Energy reaction which can offer precision time travel. Recreating the conditions of the research experiment, the TRAT rescue team arrives at the approximate time Edward City was sent.

After his failed mission in Edward City, Dylan finds himself within a mysterious complex rising out of the jungle and filled with technologies not native to 2010. There he meets his future self, a holographic recording of himself as a Colonel. The reason for the appearance of himself in the distant future is discovered to relate to the 2009 Third Energy Criticality Incident on Ibis Island, which transported the facility's personnel into the Cretaceous Period and returning dinosaurs in their place. Trapped in that world, the personnel are assumed to have perished quickly, unable to survive in such a harsh environment. Those dinosaurs that found their way into 2009 were ultimately kept alive as research specimens.

It is understood that the 2009 incident caused a Butterfly effect in which the dinosaurs became extinct at a different point in time to how they were supposed to, causing a change in the evolution of mammals which could prevent mankind ever existing. Dylan considers the temporal paradox before him, that if mankind ceased to exist because of the disaster, then they would not be able to cause the disaster to happen in the first place. Nonetheless, an accident that should be able to prevent mankind from existing did happen regardless, and the people of 2055 came up with the solution of transporting the dinosaurs that escaped extinction to the far future, thereby resolving the timeline by giving mammals the space needed to evolve. These animals were to then be sent into the Cretaceous Period to thrive once more where they belonged. The plan was carried out and dubbed the "Noah's Ark Project".

Dylan considers further the implications of Noah's Ark. The people of 2055 had decided to send the dinosaurs into a world inhabited by the people of Edward City and, in doing so, allowed 1300 people to be killed. Information from Col. Morton also showed he had experienced being in this future world on the same TRAT mission Dylan is on, meaning this was no accident. Dylan considers that because of his future self's information, he has a chance to create a new timeline. If he returns to 2010, he thinks, he could provide information that could change the Noah's Ark Project, thus allowing the next Dylan along to save those 1300 survivors.

The Habitat Support Facility is close to self-destructing, with only seconds to go. Regina has left to 2010, leaving him stranded with Paula. He hopes they will only wait a few more seconds for a rescue, even if it takes Regina's rescue team years to plan it out. A computer server falls over on top of the two, with Dylan taking the worst of it to shield Paula. Dylan sees more than a dozen members of an emergency teleport into the room and save Paula. Unfortunately, Dylan realises this was all an illusion of his desperate mind. As the facility explodes, he wonders how failing to become the custodian of the facility will affect the timeline. 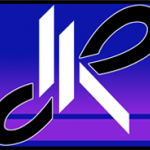